That’s the take at Bayer CropScience (BCS), where in addition to testing hundreds of thousands of chemical compounds each year at the company’s headquarters in Germany, researchers are looking at ways to boost chemical efficacy by strengthening the crop plants’ shields rather than simply sharpening the herbicide’s sword against targeted pests.

Bayer CropScience officials say safener research is not new, but today they’re alone in actively seeking new safener compounds to add to the new portfolio of herbicides the company plans on bringing along in the next two years. In fact, BCS head of global herbicide research Hermann Stübler says safener research has been in the fray since the late 1970s.

“What we discovered then, more and more, is that we could use safeners in other chemistries,” Stübler says. “We discovered it not only works in cereal crops, but in corn.”

Safeners are chemical compounds applied along with herbicides. They essentially protect the crop plants from incurring damage that herbicides target in weed species. Researchers now use gene chip technology to isolate gene spectrums in crop plants. The resulting reaction accelerates a metabolic reaction that allows the crop plant to boost its own natural defenses against the effects of herbicide.

In other words, it stimulates the crop plants’ natural abilities to protect themselves from the effects on weeds desired in the applied herbicide. And, from the time of application, the effects of a safener can be seen in crop plants in as little as half an hour.

“We can apply a safener to crops and what we observe in the crops is the over-expression of traits in crops but not in the weeds. If we add a safener, we see a different gene landscape,” Stübler says. “It gives us the chance to utilize herbicides with greater activity.

Safener technology, though delivering crop protection at the genetic level, is not a genetic modification, according to BCS safener technology research group had Chris Rosinger.

“Safeners work by inducing gene expression. It’s not a GMO because the gene is already there,” Rosinger says. “We’re triggering that expression that was already there in low levels.”

Safener research, like that devoted to new herbicides and other chemicals, is just as long and time-consuming a process. Why? A particular compound, Rosinger says, may be just as protective of weeds as it is with crop plants. “Some safeners theoretically could trigger similar genetic expressions and thus protection of weeds,” he says. “Success or failure — sometimes they can be a hair’s breadth apart.”

READ:  Deflation and You

Looking ahead, Rosinger says safeners will be an increasingly large part of new herbicides introduced in coming years.

“By 2015, almost half of BCS herbicide income will come from safened products,” he says.

A list and ranking of Glasgow's clubs, pubs and bars you'll go to after Lockdown

How Do I Fill a Syringe? (with pictures) 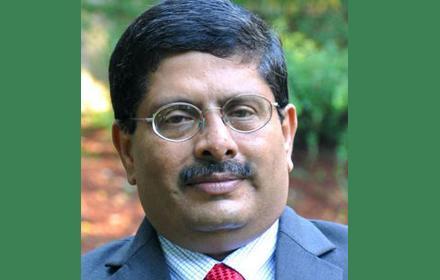 Farmers Making Use of Social Media